For more information: Wayne Sorensen, building official for the City of Albert Lea, at 507-377-4337 or [email protected]

Demolition is underway this morning of the vacant and hazardous buildings at 324 and 332 Broadway Ave. after the Albert Lea City Council authorized emergency spending Monday night of up to $250,000 for their removal.

Drivers and pedestrians are urged to avoid the area while crews haul demolition material from the site. The sidewalk and parking spaces on the 300 block of S. Broadway Avenue are blocked for use.

The city received only one bid last month for the demolition job. At $710,824 the bid was more than twice the engineering estimate for removing the historic buildings. The council rejected that bid and directed staff to research other options.

Since then, Building Official Wayne Sorensen identified a contractor, Keith Johnson Construction of Blooming Prairie, able and willing to do the job at a much lower cost. The city also worked with several utilities to relocate services such as gas and electricity for neighboring buildings.

Part of the back of the 332 building started to collapse in June this year, expediting the process to remove the buildings, which are on the National Register of Historic Places. The 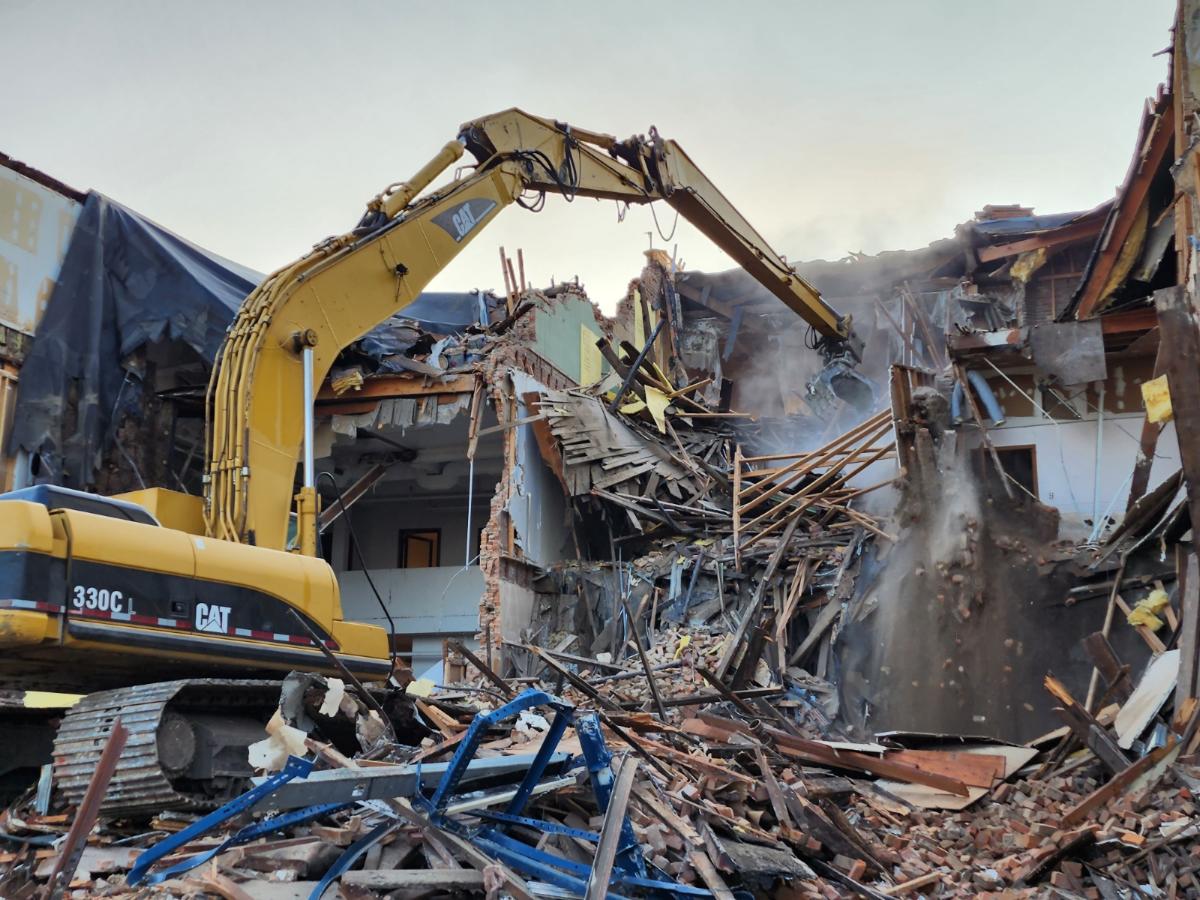 City of Albert Lea had proposed their demolition to the Minnesota State Historic Preservation Office to prevent damage to the rest of the block and to protect public safety. After the 332 building started to collapse, the state agreed that the city should proceed with demolition.

Both buildings, acquired by the city through tax forfeiture, were in severe disrepair, with collapsing interior floors and other structural damage. Pieces falling off the exterior posed a risk to pedestrians on the sidewalk below.

The two buildings share walls with the Vitality Center to the north and former Broadway Theater building to the south, putting the neighboring buildings at risk of structural damage. Some of the demolition will need to be done by hand to prevent damage to the common walls. The former theater building, at 338 Broadway, is owned by private individuals who are working with the city to assess the structural integrity of the building and repair its exterior. The Vitality Center, at 314 Broadway, is owned by the city, which rents office space to several tenants.

After demolition, the long-term goal would be to sell the land for private development.