The Albert Lea City Council will vote at its April 25 meeting on a joint powers agreement with Freeborn County to develop a former railroad bed into a pedestrian trail within city limits. Under the agreement the city would assume responsibility for operating, maintaining and repairing the trail while the county would retain ownership.

“The main purpose for this agreement is to work together to develop the trail, seeking grants to fund the work,” said City Manager Ian Rigg.

The 2.4-mile trail would run along the former Union Pacific Railroad bed from Sundance Lane, along State Highway 13, across the highway, along Elmira Street, across Shoff Creek, and through the south part of the city to Madison Avenue. It would eventually connect to regional trails (see map below).

Also Monday, the council will vote on:

The Albert Lea City Council meeting will start at 7 p.m. April 25 at City Hall, 221 E. Clark St. For the full agenda, visit the City website. The meetings are open to the public, and also available online by going to www.cityofalbertlea.org and clicking on “ALTV” in the upper right corner.
#
The City of Albert Lea’s mission is to deliver exceptional services that enhance the quality of life for current and future generations. 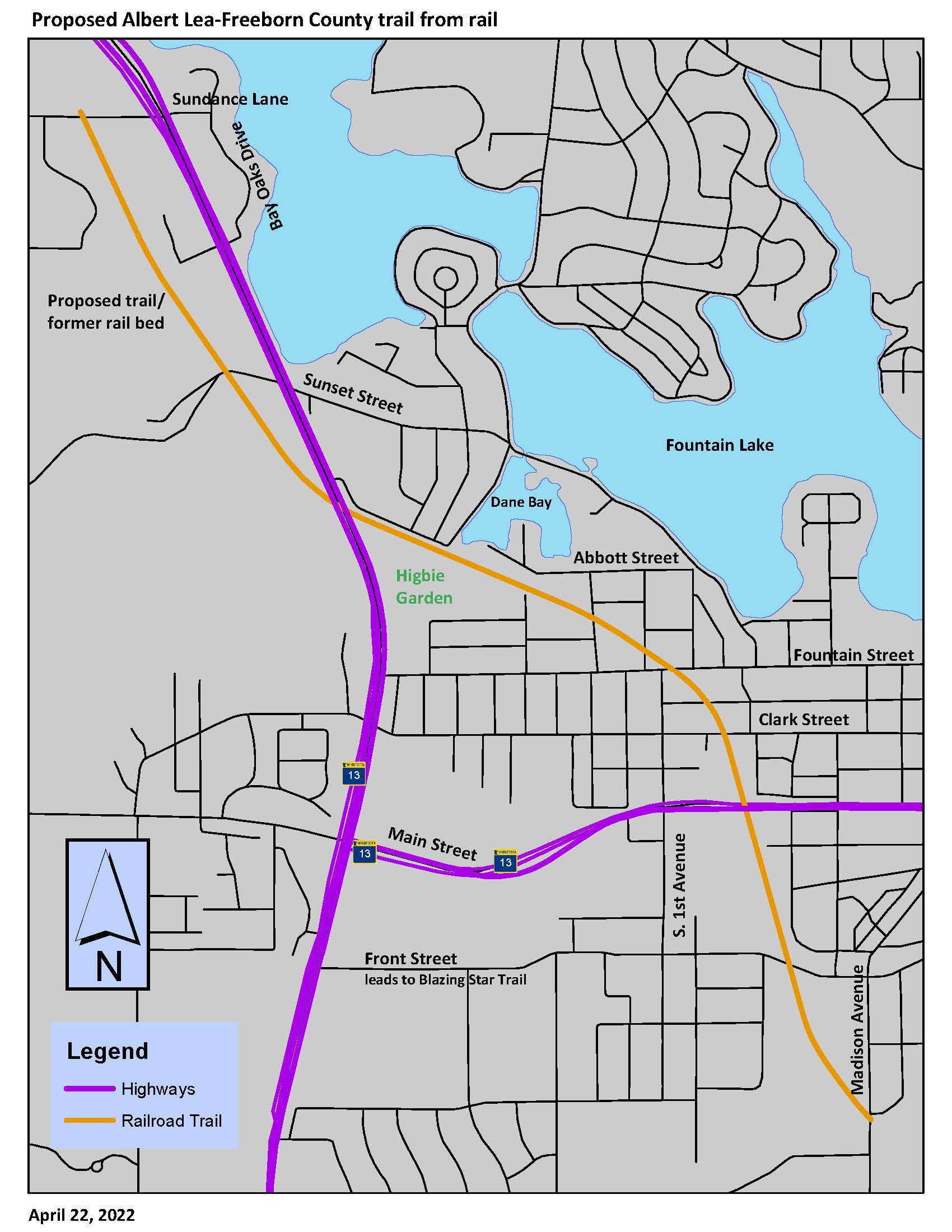