With vacant buildings at 324 and 332 Broadway Ave. already collapsing, the City of Albert Lea is proposing their demolition to prevent damage to the rest of the block and to protect public safety.

Because the buildings are listed on the National Register of Historic Places, their demolition requires an Environmental Assessment Worksheet, which is open for public comment through April 14. The purpose of the worksheet is to determine whether a more in-depth environmental study is needed.

“Unfortunately, the buildings are too far gone to save. They are structurally deficient, unsafe and uninhabitable,” said Wayne Sorensen, building official for the City of Albert Lea.

Both buildings are in severe disrepair, with collapsing interior floors and other structural damage. Pieces falling off the exterior pose a risk to pedestrians on the sidewalk below.

The two buildings share walls with the Vitality Center to the north and former Broadway Theater building to the south, putting the neighboring buildings at risk of structural damage. Some of the demolition would need to be done by hand to prevent damage to the common walls. The former theater building, at 338 Broadway, is owned by private individuals who are working with the city to assess the structural integrity of the building and repair its exterior. The Vitality Center, at 314 Broadway, is owned by the city, which rents office space to several tenants.

The demolition would start with removing and disposing of hazardous materials, including asbestos. A general contractor would then remove the building materials with disposal in an approved demolition landfill.

If proceeding with demolition, the long-term goal would be to sell the land for private development.

Up the street, the city was able to acquire the Freeborn Bank and Jacobson buildings in time to save them. But city ownership came too late for the 300 block buildings. The city acquired the buildings through tax forfeiture, after working with the private owners for several years to bring them into compliance with current building codes. The city would pay for demolition and re-use of the space as a park or parking lot.

If the two buildings are demolished, Albert Lea would still have the largest historic downtown of its kind in Minnesota. Removing the buildings would support downtown revitalization by removing structures that are unsafe and uninhabitable.

Comments on the Environmental Assessment Worksheet must be in writing and are due by 4:30 p.m. April 14. Send comments to City Manager Ian Rigg at 221 E. Clark St., Albert Lea, MN 56007 or [email protected].

If finding no need for additional study, then the city would likely proceed with demolition in summer 2022. The city would keep the public updated on traffic detours and other project impacts through news and social media.

For more information: Wayne Sorensen, building official for the City of Albert Lea, at 507-377-4337 or [email protected] 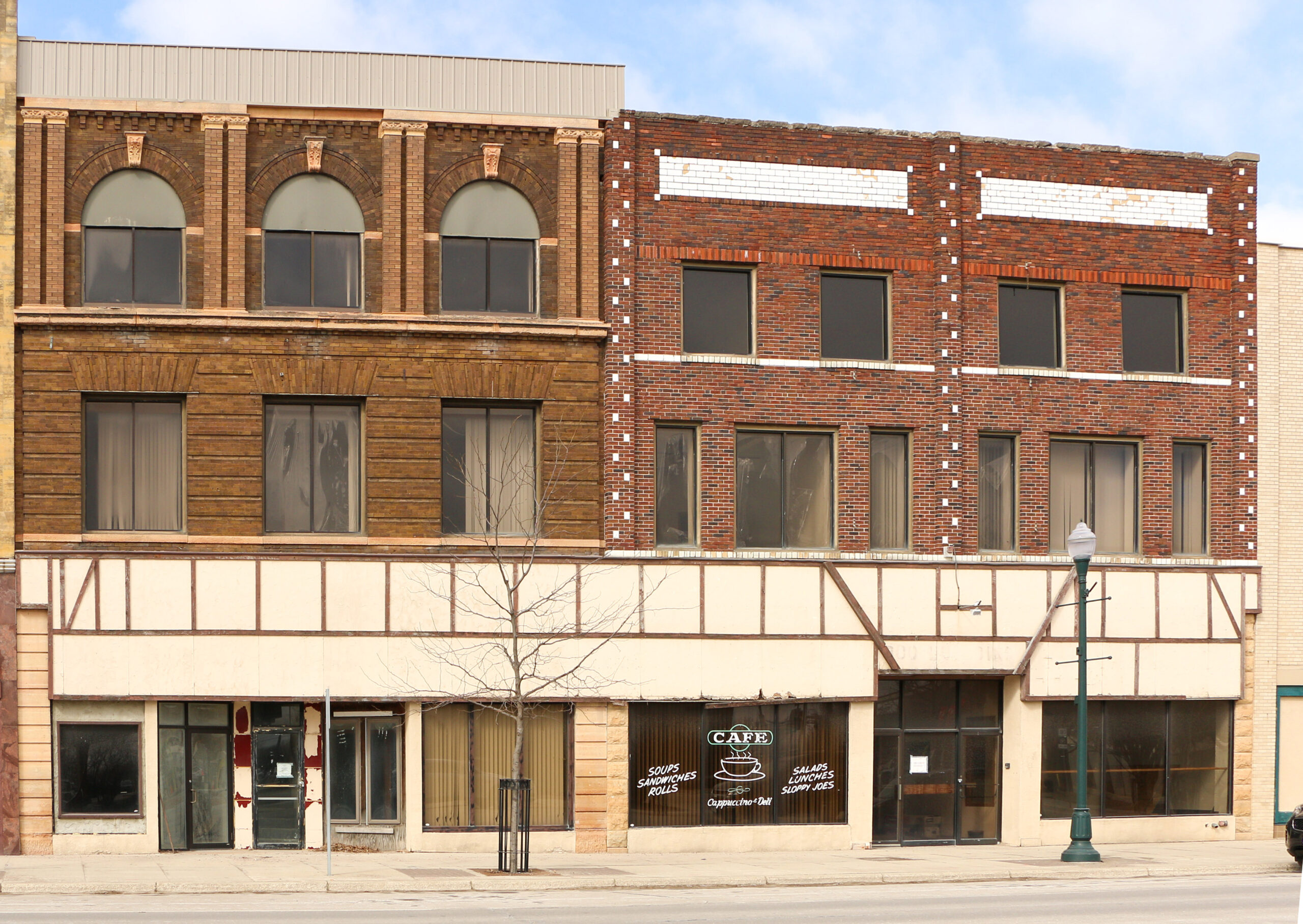 The vacant buildings at 332 and 324 Broadway Ave., built between 1891 and 1899, are now structurally deficient, unsafe and uninhabitable. 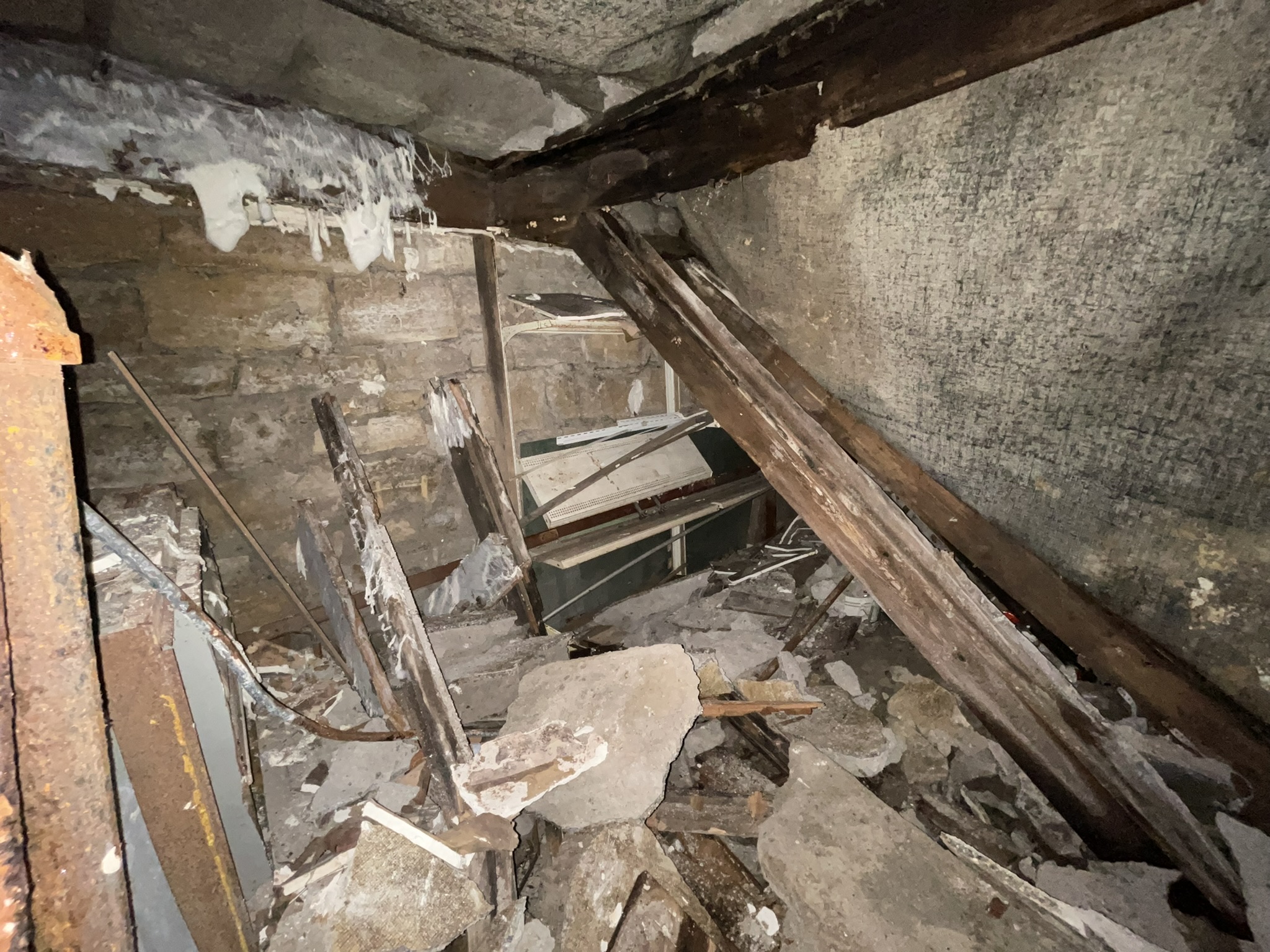 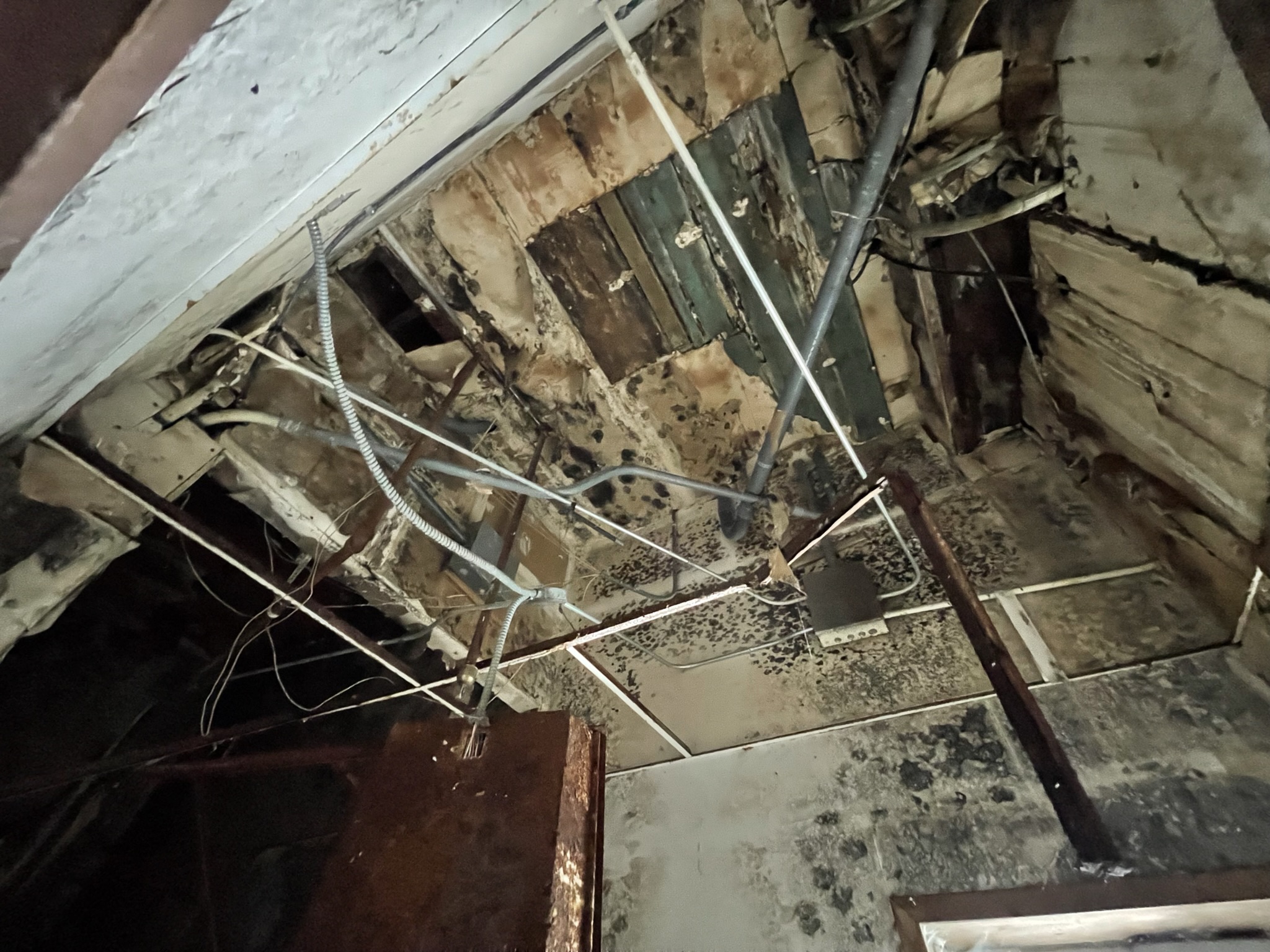 Ceilings falling in, mold growing, lead paint peeling – these are some of the signs of disrepair in the building at 324 Broadway Ave. in downtown Albert Lea. Demolition of the building, and the one to the north, would help revitalize downtown by removing unsafe structures beyond repair, according to an environmental assessment worksheet for the demolition.

One idea for the space after demolition would be to create a public space with a pedestrian path, parking and landscaping. The city would use exterior materials from the buildings to replicate some of the lost architecture features in fencing along the sidewalk on Broadway.